When we set out from Lymington four years ago I had brought along a book by Monty Don, Great Gardens of Italy, a Christmas present I had been meaning to read. At the time we were not planning to go anywhere near Italy, but I thought it would be nice to be able to read about gardens whilst on our travels. I have managed three chapters and that was early on before I discovered how much easier it was to read on board using my tablet. On our arrival in Italy I thought to look through the book for inspiration, but John’s bad knee rather put paid to the idea of walking round gardens. When we reported to the marina office on arrival, the man taking down our details asked if we had visited Ischia before and on hearing we had not insisted we must visit a beautiful garden made by an Argentinean lady in an old quarry. He gave John a brochure. Sure enough it was one of the gardens Monty had visited, La Mortella. It had even been one of the ones I had read about, but had subsequently forgotten. Today we followed in his footsteps. 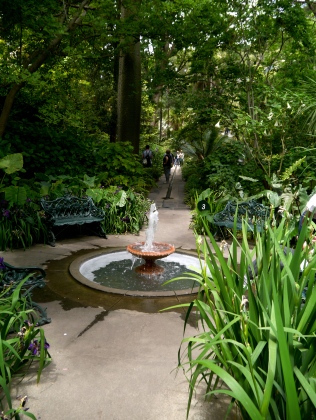 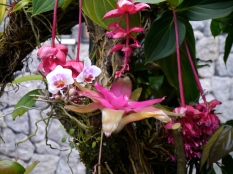 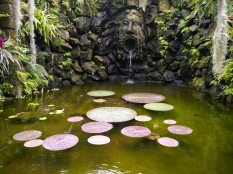 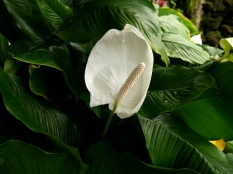 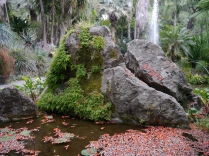 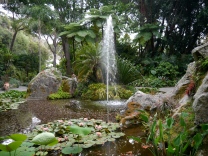 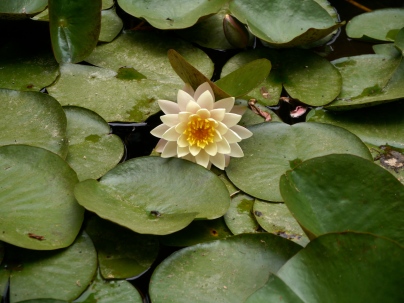 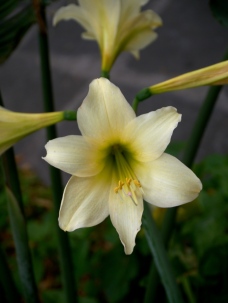 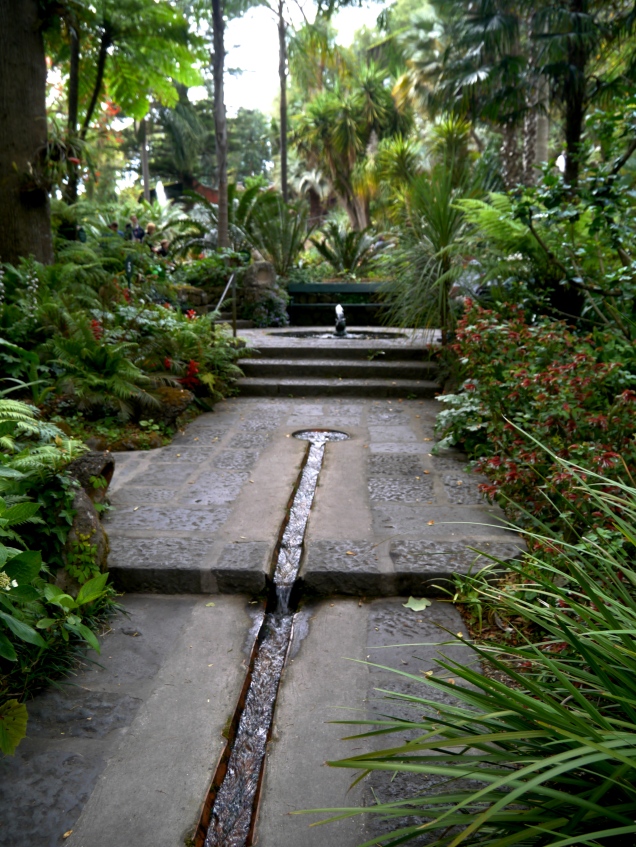 Although we did not have the privilege of a private visit, the lush vegetation and winding paths absorbed other visitors, so it was possible to feel at peace with the place. Our taxi dropped us at the bottom entrance, so we walked into the base of the quarry, a quiet oasis of towering tropical plants and Moorish water features. We meandered up the lacework of paths, exploring glasshouses with orchids and lily pools. We paused to take tea amongst the treetops halfway up the cliff face, the tables shaded by an assortment of coloured umbrellas, the teas served in pretty blue and white china. Onwards and upwards, into the Mediterranean zone to visit the small green and white formal garden perched on a vantage point overlooking the bay. Far below white foam ranks marched up the beach and the wind was bracing, but the sturdy arbours and gentle central fountain exuded calm. This was the spot dedicated to the garden’s founder Lady Walton, the spirit of the place. We retraced our steps and visited the Sun garden, actually a series of tanks originally put at the top of the hill to catch rainwater, but redecorated with naughty frescos and turned into grottos once the island had been supplied with piped water from the mainland. 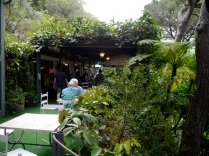 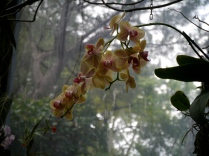 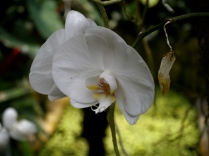 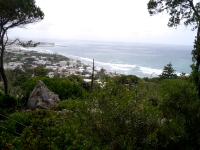 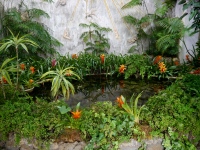 Back outside we followed the pools and streams into an area of maples and bamboo, with a pagoda looking over a pool of green frogs. Lush plantings of Canna lilies fringed a further pool where an enormous Koi rose to the surface and regarded us for a moment. A path led to the top exit, where a pergola shaded a seating area overlooking a pool of blue glass pebbles. We retraced our steps and sat for a moment on the chairs of the amphitheatre, on which dramas are staged against the backdrop of the bay. Then we started to make our way back down, via the aviary full of tiny tropical birds living in more of the blue and white teapots, threaded on a network of branches. Larger basketwork nest boxes were provided for the yellow cockatiels odd budgies and vivid parrots. On a ledge a large pheasant lurked miserably below the flitting antics. I think it had an injured wing and was convalescing. 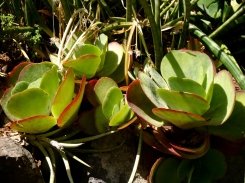 There was a museum, but not wishing to dilute the feeling of the garden we bypassed it, but did call in at the small gift shop. Joy of joys they sold the china ware, so we are now the proud owners of a very tiny teapot, identical to the one in which I had been served milk in the tea rooms.

This entry was posted in Uncategorized and tagged Gardens, La Mortella. Bookmark the permalink.