Along the Ligurian Coast

Time to move on and we left San Remo early in the only pool of sunshine on an otherwise gloomy morning. 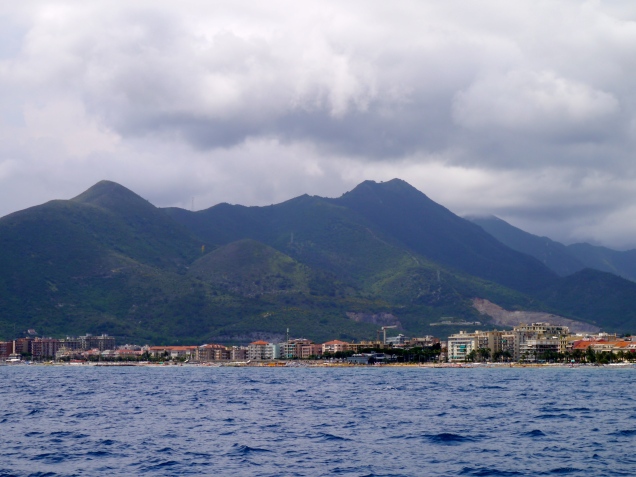 The sea was troubled and choppy and built throughout the day. At one point it was windy enough to sail, but neither one of us fancied John having to go out on deck, so we motored, often against a powerful current. It was a tiring crossing, constantly being tossed up and down by a confused sea and we were glad to enter the harbour at Luarno. In the relative calm I set out ropes and fenders and John radioed the tower. They sent out two young men in a tender, one of which spoke excellent English. He told us to follow him, that we would be on finger pontoons. I asked which side to put the ropes and he thought for a moment and told me. John followed them round and then turned to reverse in, by which time both of them were waiting for the lines with a third man. I just passed them the ropes one after another and they tied us on, all delightfully smooth. All around us are boats with English flags, build an Englishman a finger pontoon and he will come. They are very substantial ones too. As the wind is due to be unpleasant till the weekend I expect we will be here a few days and very pleasant it is too. 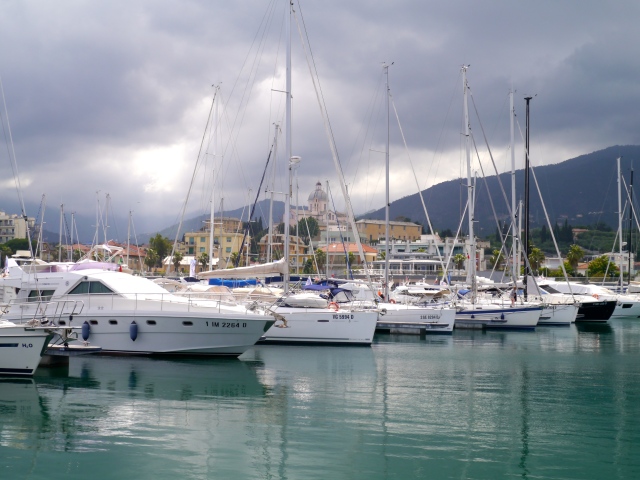 The marina building looks like an ocean liner tied to shore with big porthole windows and an upper deck with a yacht club restaurant. It reminds me of the boat set Emma designed for the school production of Anything Goes. In front of the yacht club are flowerbeds full of agapanthus, surrounded by low walls on which one can sit. On the upper level the building is joined by a high promenade along the sea wall where there are more raised plantings of billowing nepetia and penstamen. The walk into town curves round a beach arrayed with loungers and parasols, with a children’s pool and play areas. There is a front street of bars and restaurants and running parallel behind it a main shopping street. On the street are the most amazing shops selling fresh pasta, as well as the usual high street shops interspersed with butchers, bakers and green grocers. It reminded us of Cadiz on a smaller more manageable scale.